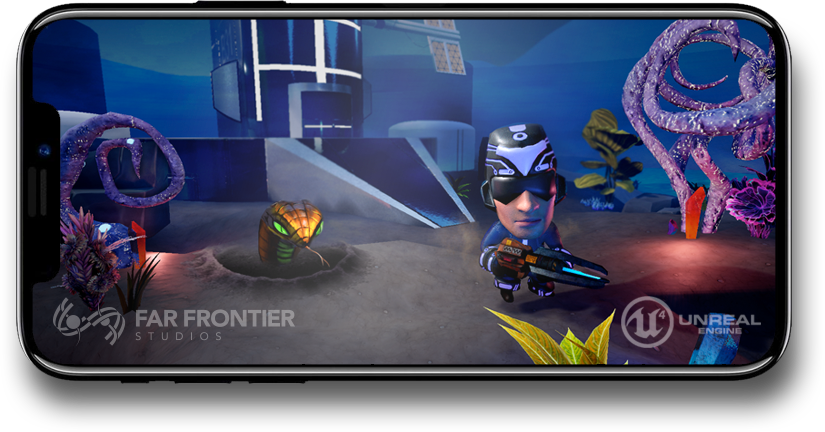 Join forces to save a peaceful planet, which serves as a melting pot for galactic beings of all kinds, from potential annihilation. 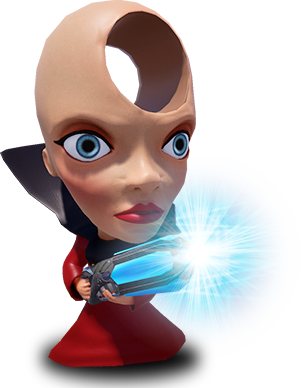 The Siege of Space Face

Not Long ago in a nearby universe to ours, a planet existed in peace and tranquility. It was known as SPACE FACE and it was endowed with untold wealth and prosperity. The inhabitants were a good and honest people who generated vast amounts of riches through their abundance of natural resources and their superior intelligence and ingenuity. In that land, mind was all that mattered.

Space Face was the envy of intergalactic travelers and a role model for other solar systems of peaceful co-existence. The planet, like those in our own solar system, revolved around a heated star that kept it warm and allowed for its population to live and prosper. With no common enemies to deal with, there was no longer a need for armies. Laws were enforced by one man of mythical inter-galactic reputation. He is GAINES — AKA, the CYBER RYDER.

He patrolled this planet on his ASTRO HOG, a two wheeled muscle vehicle that could clock speeds nearing that of light itself. He even-handedly dispatched justice and provided protection until that one fateful day… the day Space Face came under surprise attack.

According to legend, over thousands of years, the inhabitants of this rich planet had advanced to such a degree that they no longer had use for bodies… They evolved into nothing more than intelligent, floating heads. They use “think control” to glide from one location to another. Mind-controlled, mechanical devices provide their physical labor force when that is necessary. They have been peaceful and benign for so long that their manual labor machinery is only programmed for nonviolent activities. Their devices are not capable of fighting or battling others. The only person they’ve counted on to provide that type of action has been Gaines, the Cyber Ryder. Now that their planet is under massive assault, they are helpless to defend themselves. So they are at the mercy of those who would physically attack and strike. They must rely on Gaines and any benevolent being from another planet that’s willing to lend a helping limb.

As the envy of other universes, those not so controlled and peaceful, word of this great invasion travelled fast. The siege of Space Face came from Serpentis, the mystery land and home to the snake-like Serpentia beings. Could this be the beginning of a takeover of all planets, large and small, allowing the Serpentia to control all of space?

The attack began when Space Face was blasted into six masses: the divide and conquer method of attack chosen by the Serpentia. And now it will require battles, challenges, quests and brain teasing puzzles in each of these six remaining lands to hold off a final major incursion which will annihilate any remaining remnants of this once great civilization. And any chance of reuniting back into Space Face as a single planet is now left in the hands of Gaines.

The Cyber Ryder won’t be able to do it alone. And with no bodies, no organized mechanical army inside this passive planet to defend itself, the Space Face people have encouraged Gaines to go outside this realm and enlist the aid of volunteers from its nearest peaceful planet, Earth.

Volunteer defenders of Space Face will train to become warriors who will face off against hordes of HISSIA, the foot soldiers of the Serpentia. Defeating them will put the player in position to face off against untold dangers as they attempt to take on the larger and more dangerous red, blue and green Serpentia Mini-Bosses. These three destructors will stop at nothing to protect and serve the ultimate enemy boss – COBRA – the undisputed leader and horned King of the Serpentia.